Lessons I'm learning now, that I should have learned long ago. These are the messages for my son, Alec.

Last week, my son Alec and I started watching the Rocky movies. I was amazed how interested he was in watching them. The movies held his attention even when there were no fight scenes or training scenes. When we finally made it to the sixth movie, I was impressed by Rocky’s speech to his son.

One line in particular resonated with me:

It’s about how hard you can get hit and keep moving forward.

It is not about how hard you can hit. Actually, it is not about any of your physical attributes. Instead, it pertains to a matter of the heart, to the soul. Do you have the heart to keep going despite taking the hard hits? Do I? It is a question I have to constantly ask myself. More importantly I have to ask myself another question: Am I preparing myself to get hit? If you have never been hit before, the shock of that first one is hard to bear. But if you shake it off and get back up, you can recover. In time, you can become stronger and absorb harder and harder hits in the future. But none of that is possible, if you don’t learn to get hit. It isn’t possible if you can’t get back up. In the words of General George Patton, “Success is how high you bounce when you hit bottom.”

To want to get hit when you don’t have to takes courage. It is a daring risk that rewards in resilience. A true champion takes that risk. They practice getting hit. They take the chance in the hope of discovering who they really are. They dare to lose their footing along the way, because not doing so would result in a greater loss.

Rocky’s speech was a great one. I hope it resonates with you the same way it did with me.

Let me tell you something you already know. The world ain’t all sunshine and rainbows. It’s a very mean and nasty place and I don’t care how tough you are it will beat you to your knees and keep you there permanently if you let it. You, me, or nobody is gonna hit as hard as life. But it ain’t about how hard ya hit. It’s about how hard you can get hit and keep moving forward. How much you can take and keep moving forward. That’s how winning is done! Now if you know what you’re worth then go out and get what you’re worth. But ya gotta be willing to take the hits, and not pointing fingers saying you ain’t where you wanna be because of him, or her, or anybody! Cowards do that and that ain’t you! You’re better than that! I’m always gonna love you no matter what. No matter what happens. You’re my son and you’re my blood. You’re the best thing in my life. But until you start believing in yourself, ya ain’t gonna have a life.

If you would rather see it, watch it here:

6 thoughts on “Dare to Get Hit” 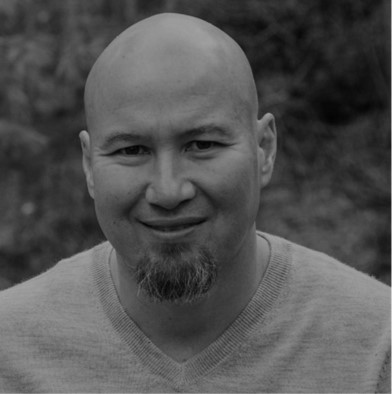